Has Christmas Gone to the Wolves? 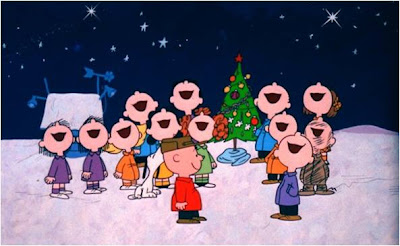 My, my. Another Christmas has passed. What a great holiday, but even the nicest people who keep the Christ in Christmas (me, for example) can easily be sidetracked by running around malls and dumpsters looking for the perfect gifts. Before you know it, advent is almost over and you’ve spent most of December looking for “stuff.”

I’m so against stuff. I wanted no part of it, so we decided to do something different this Christmas. Back to basics, if you will, and it was a doozey. We kept it as a surprise, so the kids had no idea what we had planned. Then Christmas morning came, and while your Average Joe’s kids were running down the steps looking at yet another boring tree surrounded by meaningless stuff, my kids ran down to see a living room filled with . . . . chinchillas.

You should have seen the looks on my three boys’ faces. Their mouths were agape, speechless with excitement. We told them that instead of presents, our family was going to attempt to break the Guinness Book record for the largest number of chinchillas squeezed into a North American, two-story residence. And break the record we did! Chinchillas were pouring out of everywhere – the stockings, the furniture, even the water supply. We posed for a Polaroid picture and sent out for the film to be developed. The kids loved it.

Now something the folks at Guinness Records don’t tell you is that the chinchillas don’t automatically leave after the pictures are taken. This came as a surprise to all of us. Naturally, we rented a manatee, a predator of chinchillas according to Wikipedia, to come scare the chinchillas away.

We told him our problem and left him alone for an hour while we went for a burger. We were horrified when we came home to find that we had it completely mixed up. Manatees are the natural prey of chinchillas. Very embarrassing.

Anyway, we called an exterminator, who asked for $5,000! I was not going to spend another $5,000 after losing my deposit on the manatee (never rent from Home Depot, by the way) and, besides, Christmas is about the thought, not the money, so we had to find a creative solution. We had to find a way to think outside the box, which is something we’re not used to.

Luckily, we remembered that we have a gang problem in our community. A gang of wolves terrorizes the woods behind our house. We lured them in to take care of our chinchilla issue. And take care of it they did, but then another unforeseen problem presented itself. The wolves now occupied the living room, and they didn’t want to leave. They were smelly, messy, and shed too much hair. It was pure chaos. Strangely, our son Hans was like a fish in water amongst those wolves. He connected with them immediately. As he passed out cups of egg nog to each of them, he asked if he could keep them, but I was livid when I saw that none of the wolves were using coasters. That was the last straw!

“For goodness sakes,” I said to Hans, “what would the neighbors say if they saw a pack of wolves in our house?” The fun was over.

After some thinking and a quick vote, we determined that we could strap meat to our son Raphael when he returned from the restroom, and then he could run back into the woods to restore the wolves to their natural habitat. It would be risky because we wanted the steak back. It was a certified Angus Kobe Delmonico, an expensive cut, you know. (The Japanese hand feed and hand massage these cows to create a tender cow. Oh to be a cow in Japan – that’s a better life than I have here in America.)

Anyway, why we sent the kid with ADD to solve this wolf problem is beyond me. As he ran by my neighbor’s house, Raphael saw that SpongeBob was playing on their TV. He never misses an episode. Bam, within seconds he forgot his mission and ran directly into our neighbor’s house. So, sad news, the meat fell off in their living room and we were not able to recover it. The good news is that there is no longer a wolf problem. Raphael trotted home when SpongeBob ended, and that’s how our Christmas adventure ended. We had a quiet dinner and enjoyed the rest of the evening. We avoided the materialism that seems to entrap the massess and realized it was our best Christmas ever. Likewise, I hope your holiday was fun and memorable. Merry Christmas fashionably late.
Posted by Jackie S. Phillips at 8:38 AM