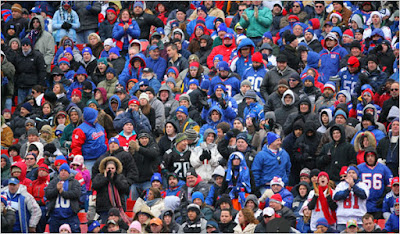 March madness. To me, the madness is that they preempt my TV shows with some dumb basketball game. This is America -- don't we have a right to count on our regular programming not being interrupted? I plan to pen a strongly worded letter to the networks to complain, and we'll see how the fans like it when their sports shows are canceled. But even putting sports on regular TV channels can't get me down tonight. I went to the store after work for groceries like a normal person, and that's when I happened upon something peculiar. There was a large crowd surrounding the liquor section. I figured it was just a regular, pre-Easter family liquor run (there were many toddlers there), but it wasn't. People were actually holding wine glasses and drinking out in the open, rather than from concealed flasks like the rest of us. Turns out the store sells wine samples weekly right there in aisle 4. You pay only $1 to sample four generous half glasses of wine, plus free cheese and crackers. What a marketing strategy. I'm going to be all over that, and not because I'm cheap or weird. It was actually very entertaining. I saw buzzed shoppers happily stumbling all around the grocery store, without a care in the world, pushing carts into other people and little children and not even noticing. And the drinkers were stocking up on items that don't even make sense. Like kale. Who buys kale unless they are intoxicated? It was like Disneyland for alcoholics. The crowd just got bigger and bigger, and people were standing outside, waiting to get in (see photo). Everyone was relaxed, in a good mood, laughing and talking to perfect strangers. I imagine this is what Martin Luther King, Jr. meant when he said he had a dream. People of all races and ages come together to hang out in a grocery store where booze is really cheap. This is why America is the greatest country in the world. The other great part about this discovery is that I now have a venue for my son's celebration when he turns 22 this weekend. It'll surely top his 21st birthday party, where Ronald McDonald paid a visit to his celebration at at a local, unnamed fast food place. All two of his friends had a great time and ordered off the dollar menu. I thought I'd never find another caterer that was so inexpensive, but now I have. Anyway, I hope that wherever you live, you will get to experience something as wonderful as this. You can keep your fancy cars, your fancy lawn ornaments . . . heck, you can even keep my kids. None of that matters to me anymore now that I have discovered Kroger wine tasting nights. And I don't even like wine. And a special shoutout to our beloved son, Raphael, whose birthday it is on March 26. We love you more than anyone in the world, Raphael, including your brothers. (Shhh! Keep that on the down low.)
Posted by Jackie S. Phillips at 10:17 PM 6 comments: Links to this post