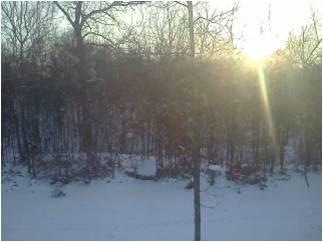 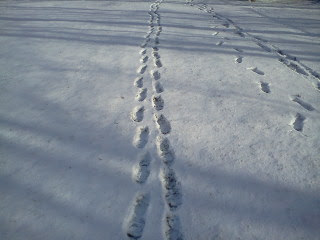 We had a day off school today due to snow. Yea! Snow days are the best days in the world. You get to sleep in, eat, then nap and sleep some more.

My favorite part of snow days is having my kids at home. That said, they all made plans (rather quickly) to abandon me and leave me home alone. Now that the kids are older, they are no longer interested in me. I’m not sure why because I think I’m really interesting. I like origami and beavers. Who wouldn’t love to hang out with someone like that?

Many parents feel slighted when their teens would prefer to hang out with their friends rather than the family. I never feel slighted. The emotions I feel are better described as rage or vengefulness. Anyway, it makes no difference to me whether my kids think they are close to me or not. I have access to something all teens like, but few have. Something that strengthens our bond much more strongly that some friendship with another teen. No, it’s not a grasp of the English language. It’s money. I have money.

So if I feel lonely, I can use this money to buy my kids’ company. I recommend young parents get out their notebooks and write down this advice because it’s invaluable.

For example, say your teenager is about to leave the house to go to McDonalds with his friends. You can casually say, “Oh, you’re going out with friends? I was going to take you to The Cheesecake Factory" (that’s a nice restaurant, for those of you who don’t know the place). Now your teen faces a dilemma. Does he want to hang out with his "homies" or with his old mother, who is offering him fine cuisine? If you’ve raised your teen properly from Day One, the child will pick food every time. (If you didn't raise your kid right, stop reading my blog right now and choose another website. Shoo!)

Today I won over my youngest son by taking him to an Indian restaurant. My other kids don’t like Indian food, so I got to have special time with Roberto. (Remember, it is pronounced Robert-Oh, like Jackie O.) He is grateful for any kind of food, so Wendy’s would have worked, but I felt generous.

Sometimes you make horrible mistakes as you are raising your kids. I did this with my first son. I introduced him to expensive foods when he was young. He quickly developed a taste for lobster, crabs, mussels, filet mignon, Crème Brulee. Once you make the mistake of introducing real foods and creating a sophisticated palate, you are just plain screwed (pardon my French). For goodness sakes, younger readers, learn from my mistakes . . . avoid feeding your toddlers expensive foods! You are just creating a monster. There is no turning back, believe me, because when your kid is older, you may be forced to decide to sever the relationship with said child. My oldest son, Hans, is a great person. He's quick-witted, and I just love being around him, but it doesn’t matter. I cut ties with him years ago.

So anyway, when we went to the Indian restaurant for lunch today, the food was horrible. But I didn't care. I had a great time with my youngest son, who is always a delight and very entertaining. Plus they gave us free soda.

Raphael, my middle son, did not join us for lunch. Instead, he left me for his friends. Not a problem. I will find some superficial reason to ground him when he comes home tonight. For example, I might notice that he dropped a napkin on the floor of the car and then I can punish him for littering. Then we’ll be able to spend the whole day together tomorrow.

In case you’re wondering, the oldest son was left to fend for himself at lunch. Again, we wouldn’t be in this situation if he liked cheaper food. It’s his fault, not mine, and I don’t appreciate your accusatory tone. He’s lucky I let him live in our house after what he’s done. Many parents would have thrown him out on the street by now. I’m just kinder than most parents. I like to think of myself as a giver.

Well, I hope you are enjoying this snow day, wherever you are, whether in Maryland, Pennsylvania or New Jersey (like many of my old friends) or in Utah (like all the people I don’t know). I am assuming that everyone in our great nation, except for the Hawaiians, were out of school today due to the snow. I hope you enjoy the rest of your three-day weekend, America.

By the way, I've been neglectful of notifying people when I publish a new posting. Scroll down to see if you missed other postings in the past. Thanks.
Posted by Jackie S. Phillips at 4:43 PM 4 comments: