A smile worth a million dollars 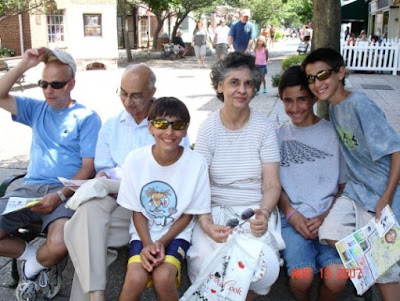 To extract or not to extract. That was the question on my mind as my son Raphael sat down in the oral surgeon's chair.

We already shelled out $1,000 to extract Hans' wisdom teeth, another $1,000 for little Roberto's, and now the middle son wanted to have his removed too.

Was it because one brother had his teeth taken out that the others suddenly needed to have theirs extracted? Ridiculous! I thought I raised my kids better than that. "What's next, Raphael? You planning to join a cult?" I snapped.

I pondered my misguided parenting and the cost of all these extractions as the oral surgeon examined the boy’s mouth. I looked at the surgeon with disdain, but he looked back with fondness. The oral surgeon loves me. Whenever he looks at me, I feel like he is really visualizing a giant sack of money. Dr. Mallard looked deflated after the second son's extractions were over, but when I told him I had a third son, you could see his faith in God was restored.

"Let's cut the crap, Mallard," I said sharply. "You've already have taken eight teeth from my other sons. You're only getting one this time around."

My son looked at me ostensibly blankly from the dental chair, but I knew his eyes were really saying, "You're so cheap."

"Oh no," Dr. Mallard said with the smile and guile of a seasoned salesman, "It would be unsafe not to extract all four. You don't want to put your good-looking son's smile in jeopardy, do you?" He was a smart negotiator . . . playing the "love" card right in front of my child.

But this wasn’t my first rodeo, and Raphael is mediocre-looking at best (see picture, far right), so I knew Mallard was just dancing the dance. "TWO is all you'll get, and we're putting off the procedure for six months," I snarled.

"THREE teeth," he countered. "And you can use my latte machine during the extraction." Darn Mallard was more cunning than I expected. He had observed my weakness for sweet caffeinated beverages.

"Well played, but I'm taking a latte TODAY too," I said. We shook hands while my son shook his expensive little head.

I know what you're thinking -- Dr. Mallard is a much better negotiator than I am. But what you don't know is that I slipped an entire box of creamers into my purse as I waited for the latte to brew in his reception area. Take that, Mallard! I didn't even need the lousy creamers!

Kids might be expensive and incredibly demanding, but when I look into the eyes of any of my sons, I am so filled with joy that I would do ANYTHING for them. Even extract three out of four teeth when it's medically necessary. And that, my friends, is the definition of unconditional love.

Mothers give birth and fall in love with their babies, and no matter how old children get, just one look at their faces melts our hearts the way it did when they were born. That's why kids are the greatest gift of all.


This post is dedicated to my childhood cat, who we never named. I now regret not naming it.

You are undeniably the most loving of mothers! Those are 3 lucky boys!

You are undeniably the most loving of mothers! Those are 3 lucky boys!

Thanks, "unknown." That's exactly what I told Children's Services!

And thanks for saying it twice. That punctuates the point.

Nice post but in good faith, that Cat was not yours to name. It was the beautiful middle child's cat- Guessing you were eating dirt again when I named her-Puss Cat-eh Patcha?